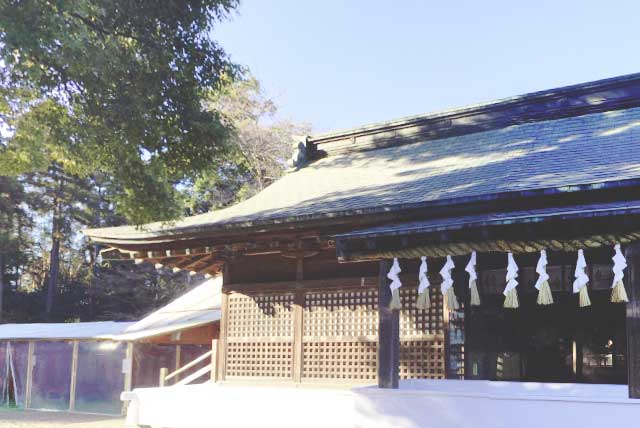 What kind of a shrine can you expect to benefit from?

What kind of person is suitable for?

-The Holy Land of anime, who want to carry the foot ● People who are aiming to be a cartoonist or a voice actor

"Pilgrimage to the Holy Land" to visit the place that appeared in the story of the movie.It is called "Washinomiya Shrine" as a sacred ground among the people who love anime. It became the stage of the house where the beautiful girl character of the popular anime "Lucky Star" lives. At a certain period, it is a shrine famous for the rush of fans to be covered by the news. Not only fans of "Lucky Star", but also other anime fans are "sacred power spot".

The annual visit to a shrine in cosplay

Every year many visitors visit "Washinomiya Shrine" on a shrine. Among them, there are a lot of people who are "cosplay pilgrimage (Moude)" to "a shrine to the costume of cosplay".

The torii collapsed in August, 2018.The time is undecided, but there seems to be a rebuilding schedule. Because there is no influence in the main shrine, worship can be.

Washinomiya Shrine ~ Sakuragi Shrine ~ Musashi 6th Te
njin Co., Ltd. ① 🌺 A
loha 🌺 to stamp Shrine to receive a limited Washinomiya every month.
The ticket is distributed from 9:00 a.m. to 11:00 p.m. distribution.
I received a limited stamp in September safely.
It is 500 yen for the kimono which the Miko-San folded by origami.
The limited stamp that started in April of this year, all received, 😃 🍀 pic.twitter.com/tNggMmx7a0

❇ ️ Good Morning 😊 ❇ ️ ⛩ ️ Washinomiya Shrine No. 1/otorii ❇ ️ about three weeks ago, I went to visit a shrine in Saitama Prefecture Washinomiya. This shrine is the oldest shrine in the Kanto region of the Izumo family. ❇ ️ is now famous as the Shrine of the sacred land of the anime "Lucky Star" 😚 ❇ ️ is a very spacious and lush ⛩ ️ shrine. To explore everything, enough time is required 👫 ❇ ️ August 11, the news of the otorii collapse of the Washinomiya shrine was reported ❗ the second photo is a news report of the collapse at that time, the third sheet is the press image 😌 Zannen ❇ ️ #お写んぽ #埼玉さんぽ # My World #写真好きな人と繋がりたい #daily photojpn #insta photo #花のある風景 #花 #風景 #ドライブ #お出かけ #散歩 #beautifur #上尾 #通勤風景 the viewfinder #日の出 La #夕焼け #夕日 #sunset #神社 #鷲宮神社

I went to the Washinomiya shrine, which was collapsed on August 11.There was no trace of the otorii of the Holy Land that ☆ star 😢 #鷲宮神社 #らきすた #鳥居倒壊 # EMA is cute