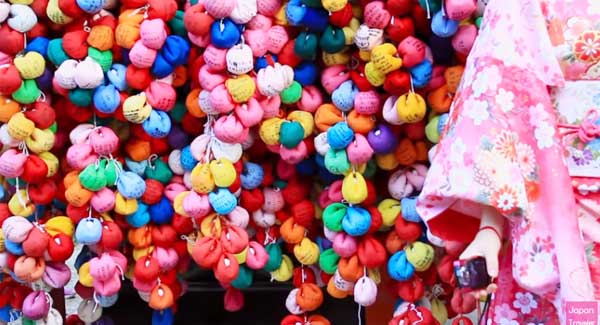 It is a colorful protection that seems to be energetic just to see. Insta Popular, "beanbags-like defense".It is cute from the appearance. What is the true identity of "colorful amulet"?I want to approach the secret!

What is the amulet?

Look around, you're in a bag like beanbags, "monkey." 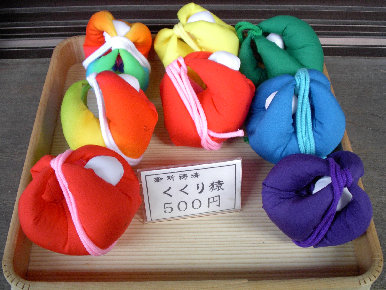 -Monkeys are said to be close to humans, but they act as animals and greed.If you go to the zoo, monkeys are running around with greed. This figure is likened to the desire in man, and it is tied by Mr. Koshin so that "desire" in man does not move. -Source: From the official site of Yasaka Koshin

It is called "The Round Monkey", and it shows the appearance that the ape was tied up hands and feet and was not able to move.

I entrust a wish to a round ape, and the secret to grant it is to endure one's greed. -Source: From the official site of Yasaka Koshin

The analogy of a human desire as a "monkey" is a unique thing to fulfill your wish by enduring that desire.

I buy a round monkey, and write a wish and a name in "a Circle ball". The "Round monkey" is hung to the spot in the precincts with the wish. It is said that the wish will come true by "endure one greed" after it visits.

It is common to buy directly in the shrine where the tie monkey is decorated, and make a wish on the spot. However, the "round monkey" of the shrine is handmade and limited production.Let's go to the shrine early and get it. There is also a place sold as a "round monkey" in the net.

Where is the shrine?

It is a temple called Kongoji (Yasaka Koshin-Yasaka refreshing) of Kyoto. It is so popular now that it has become the spot of the Insta shooting which represents Kyoto.

I went to Kyoto on a day trip. I went to Konpira Yasui to call good match to cut off the evil destiny to the palace of the ˊ ᵕ ˋ * Insta, but I have no relation to the Koshin, thank you for taking me LOL!! #安井金比羅宮 # good match # Yasaka Koshin

PREV
Many kinds of Japanese amulets（omamori）｜Kotosaki Hachiman shrine in yamaguchi
NEXT
The gate of the smallest temple in Japan｜Awashima shrine in nagasaki,kumamoto