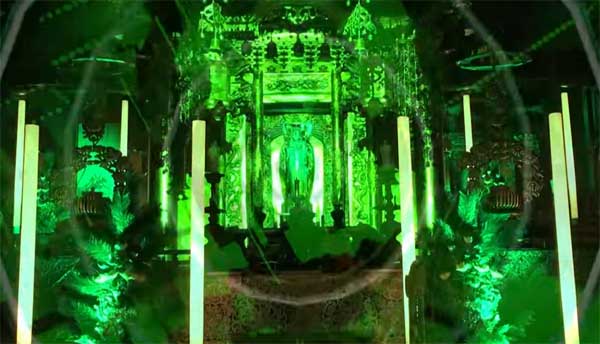 This is a completely new ritual created by the priest who was originally a DJ. The memorial ceremony is for relatives to gather at the temple and chanting the monks in a quiet place. However, there is a temple which unites the one in the other world "techno" and "memorial ceremony" of music to break such an established concept. The priest of the temple in Fukui Prefecture (former DJ) came up with the "memorial" techno. What is techno memorial and what kind of thoughts do you have?I would like to introduce.

What is the memorial ceremony?

In the first place, what is a ritual?

-Buddhist is a Buddhist ritual that prays for the souls of the deceased.Originally, it is common to be managed only by the bereaved family except the first seven days and the 49th day there is a memorial ceremony every seven days until the 49th day. -From the site of the monk's flight

Originally, it is intended to make a memorial to the "Seventh Day" and "49th date" of the lost one.

The original meaning of the ritual

In the form, it is a thing to pray for the souls of those who died, but the original meaning is different, "Temple of Kindness" is preaching.

Generally speaking of "memorial", you may think of the funeral and the year anniversary memorial ceremony with the edge of the deceased. However, the original meaning is "to know the essential of the Buddha's teachings", and all the events to meet the Buddha's teachings can be said to be "memorial ceremonies." -From the official site of the temple

What exactly do you do?

The Techno memorial is a "techno event" that opens at a temple instead of a memorial ceremony for individual relatives. A huge screen with a mix of techno music and Buddhist images is projected. (We use the technology to fuse the CG and the object and the sound of projection mapping) inside the temple, it's like a live house.

Developer's desire to the memorial of techno

It is a state of "techno memorial Ceremony" started two years ago by Mr. Publicity Asakura, the 17th-generation Buddhist priest of the Temple of Buddhism, which was erected in 1476.(Rei Kubo) #テクノ法要 #浄土真宗本願寺派 #照恩寺 #福井 #photography #photo #camera #mainichi_photography

This is a post shared by the Media center of the Mainichi Shimbun (@mainichi_photography)-May 27, 2018 PDT

It was originally thought by the desire of the young generation to be interested in Buddhism, and it was "the memorial ceremony of techno". There is a present situation where the elderly person is almost becoming when the visit of the temple is called. We made a "gimmick" to increase the young people who were more likely to visit the temple, starting with techno memorial.

Video of the techno ritual that is the topic

I also do business trip events.

It also appeared in the event of a smiling video that was held at Makuhari Messe.

In addition, "Shino Temple (Joshio)" and "Tsukiji Hongan-ji temple" in Ishikawa prefecture, etc., are also engaged in strenuous activities such as the "Trip Techno memorial".

PREV
Singing a monk live through the concert？The shaved band is funny.
NEXT
The purpose for Japanese going to the shrine