In the shrine laughing with everyone｜Hiraoka shrine in Osaka 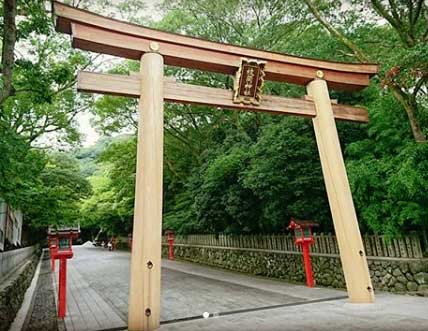 The "Hiraoka Shrine Shrine" in Osaka is a unique shrine with a tradition that seems to be Osaka. Sometimes we hear the word "God of laughter", but there are occasions when the god of laughter is coming down.

There is a big event held at the end of each year at this shrine. There is a festival where a lot of worshippers raise a voice and laugh all together.The shrine grounds are filled with laughter for about twenty minutes. There is a legend that the god of the sun, which has been hiding in the shadows, will come out on the table and invite good fortune by laughing and encouraging God. By laughing, visitors will also be able to have a healthy body. It is an event that it becomes a fortune by laughing though it is not the one to's the God of laughter. ▼ Video ▼

There is a god of words.

The god of the Amako roof life which is enshrined in the Oka Shrine is said, "God of the word". When you visit the shrine, it is said that there is a benefit when you pray to the words firmly. It is a shrine with the origins of laughter and words that match the culture of Kansai.

Gods Sacred Ground No. 60 Oka Shrine (Higashiosaka
-shi, Osaka) It is I
chinomiya in the river. ✨ in a dark pass nearby on a rainy d
ay (Route 308) to a tow truck I have been
helped 💦 it is a cruel road so much that I do no
t think that the national road really 💀 from the Osaka side to Nara is very careful 😓 #神仏霊場 # sheet Oka Shrine # stamp Pic.twitter.com/9G1MX5obSB

Come because there is
also such cotton candy at the festival of the Oka Shrine! Pic.twitter.com/fNSQ4b5LU2

This is the third time this year! Next year also in this 😁 #笑神事 # sheet Oka # 20 minutes Laughing # I still have come to laugh # The ritual of laughter # There was quite a fragile person